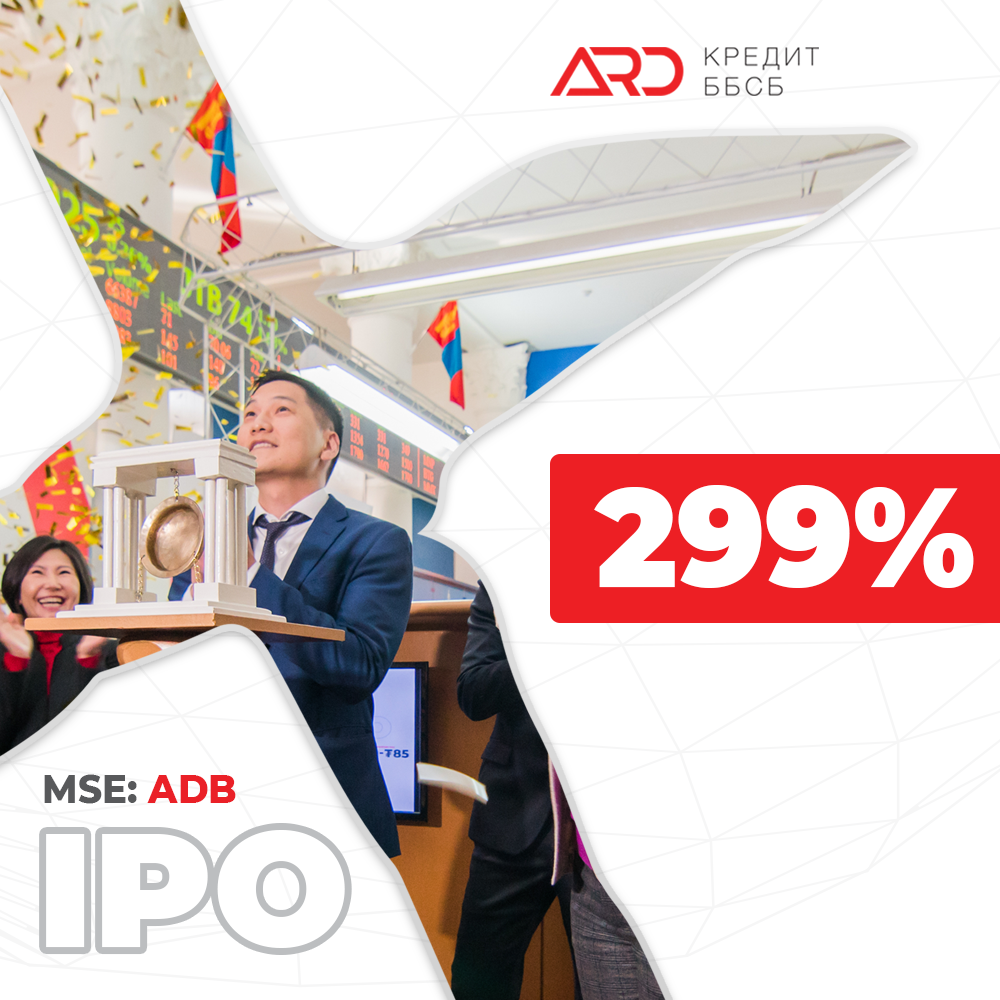 Ard Credit offered 25 percent of its capital or 70,000,000 shares to strategic investors and the public.
While successfully raising MNT2.5 billion from strategic investors, 1,763 individuals and entities subscribed for a total of MNT7.3 billion on the primary market exceeding the available amount by 299 percent.

35 million shares were offered to the public with the price range of MNT70-85 using Mongolian Stock Exchange’s primary bookbuilding policy. Although most of the bids were placed at MNT85 per share, the lead underwriter and issuer settled at MNT81 per share as an initial price, which is the weighted average of all bids. As a result subscription orders above or equal to MNT81 per share were allocated on a pro rata basis at 43.73 percent, and orders below MNT81 per share were dropped.

A total of MNT5.3 billion was raised at this IPO. The proceeds of this IPO will be used to finance Ard Credit’s loan portfolio expansion. Recently the Company introduced the Ard App – a digital banking “super app” which enables self-enrollment and AI based credit scoring and instantaneous loan disbursements without branch visits and paperwork. Increase in the risk capital of Ard Credit will allow it to increase its funding leverage. In March, the Company will receive a loan of USD5 million denominated in MNT from a Japanese Investor.
Ard Capital LLC served as a lead underwriter for this landmark IPO, with Ard Securities LLC acting as a co-underwriter. Legal advisory was provided by ELC LLP, and business valuation performed by BDO Audit LLC with financial statements audits done by Dalaivan LLC.